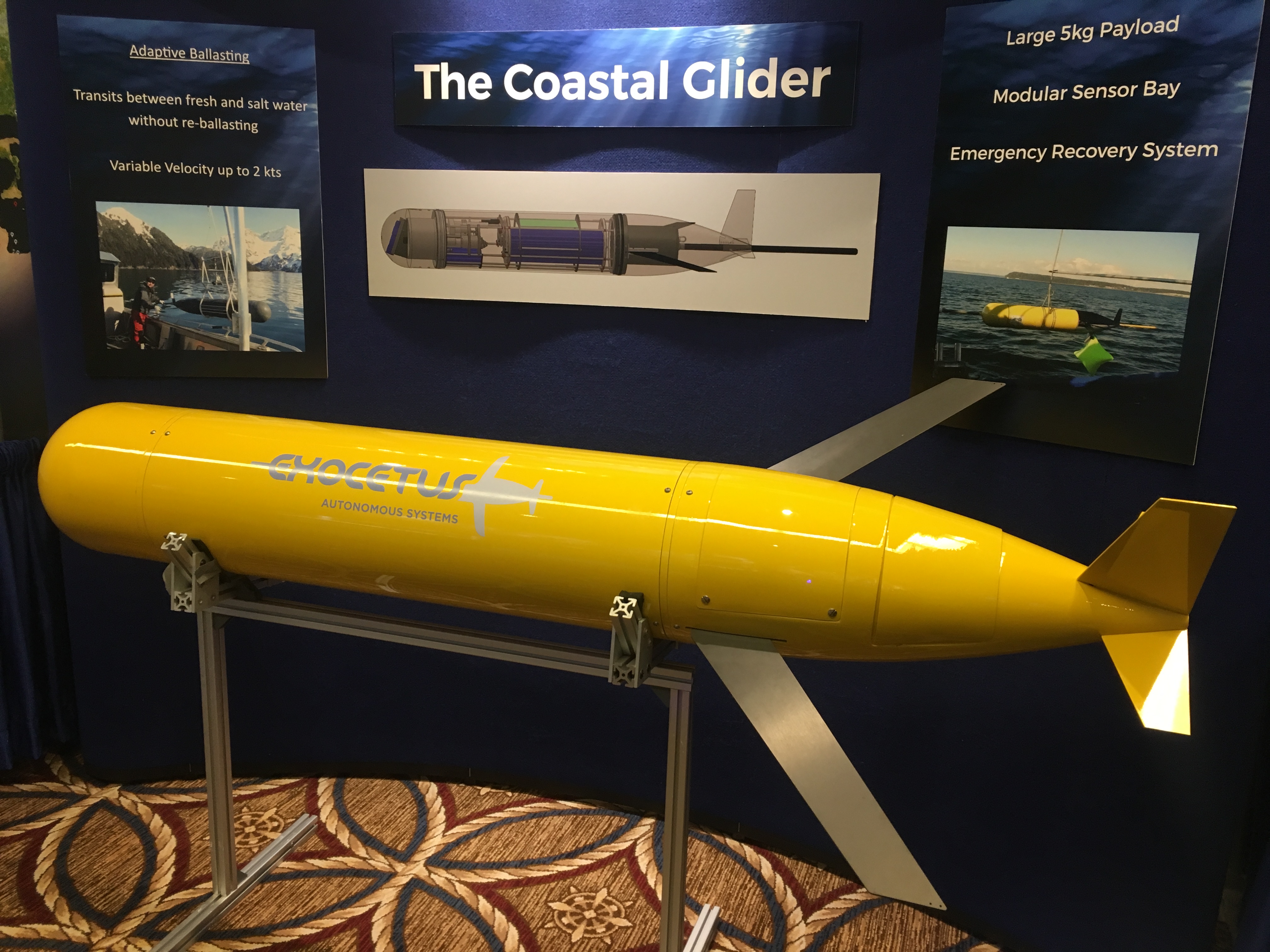 Exocetus Autonomous Systems announced itself to the maritime community at the Oceans 2016 Conference in Monterey, CA in late September.  They presented their Coastal Glider, the flagship product of the company, with a full size model of the vehicle.  Co-founder Joe Turner and Coastal Glider Project Manager Andy Roberts manned the booth, and were happy to talk through their company and the vehicle's many unique features.

"This conference has been fantastic for us," says Turner.  "It's important to get our name out there and let people know about the vast capabilities of our vehicle.  A lot of researchers and commercial enterprise representatives came up to us and were shocked by what our vehicle could do.  They haven't seen that before on the market, but now that it's here, they're very excited!"

What set the Coastal Glider aside from other vehicles at the show were two key points: one, its ability to operate in changing salinity conditions common along the coast; and two, the open approach Exocetus takes towards their vehicle.  "We encourage people to modify the vehicle however they need.  We'll help them with it, but they can do it on their own," continued Turner.  "This is important for researchers who may find better instruments, or may change the direction of their research."

The conference, put on by the Maritime Technology Society (MTS) and IEEE Oceanic Engineering Society, drew over 2000 participants from countries around the world.  A wide swath of industry, government and academia were represented.  More information on the show and its program can be found at the show's website, Oceans 2016.

Exocetus Autonomous Systems is a designer and producer of the Coastal Glider, an autonomous underwater vehicle customizeable for research and commercial activities.  The Coastal Glider is the only open platform glider that end users can freely modify to meet their specific needs, and a 5 kg payload to accommodate those needs.  Additionally, the patented ballast engine provides top speeds of 2 kts, double that of other vehicles, and the ability to move easily between fresh and salt water without the need to re-ballast the vehicle.